According to Indian mythology it is believed that Vaman dev was the fifth incarnation of Lord Vishnu. Vamana Jayanti is considered as the birth anniversary of Vaman Dev, and the day is observed on the twelfth day of the Shukla Paksha of Bhadra/Bhadrapada month (August-September). This year, Vamana Jayanti will take place on 24th September, 2015.

According to deep-rooted Indian myths, Vamana Dev appeared as a dwarf on earth during Treta Yuga to give moksha to Asura King Bali, the grandson of Prahlada. He also helped Devas (Demi gods) who had lost their strength to Asura King Bali.

On this auspicious day, devotees worship Lord Vishnu with complete devotion. It is accepted that, the one who performs this puja with a pure heart; he/she gets freedom from all the sinful reactions, aberrant sufferings, and triumph over salvation. Thus, if one truthfully wishes sovereignty from the harsh world, one should observe Ekadashi fast on Vamana Jayanti.

• Devotee should organize a puja and get the required puja kits before the Ekadashi day.
• One should observe ‘nirjala’ fast throughout the day.
• The idol of Lord Vishnu should be washed grandly with holy water and panchamrita.
• Initiate the puja by chanting Beej mantra followed by presenting a seat (Asana) to the Lord Vishnu.
• One can offer rice and curd to satisfy Lord Vishnu, as it is considered auspicious.
• While performing the puja, devotee should chant ‘Vishnu Sahasranama’ and ‘Narayana Mantra’ for 108 times.
• While offering flowers, diyas, incense and naivedyam, one must chant 108 recitation of Lord Vishnu’s name with great devotion.
• In the evening, devotees listen to the mythological story ‘Vamana Katha’ along with family members. After that prasad is distributed among the devotees.
• For positivity and good luck one can donate foodstuff to Brahmins.

If you love and care for someone, there can be no better way of showing it than gifting. It is the power of gift that can really bind two hearts. When you are going to gift someone with a divine touch it becomes quite special and significant for them. You not only show them that you care but also it signifies the good luck and fortune that is coming your way. 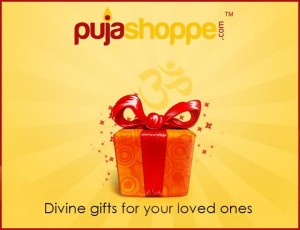 Divine Gifts‬ to give pleasures to your near one :-

It is the divine gifts that can make your loved one belief that you care. You can discover a completely new genre of gifting. Let’s explore.

Lord Ganesha is the most worshipped deity in the whole country. He is the symbol of prosperity and wealth. When you are gifting your loved one with a dainty statue of Ganesha you are gifting them with the utmost symbol of well being.

The Statue of Radha Krishna :-

Celebrate the love of the eternal pair of lovers, Radha Krishna. Their bond shows their love and faith for each other. In fact placing a Radha Krishna statue in your home makes it a blissful refuge. It strengthens the bond between relationships. It makes the love stronger in people. The good vibe and blessings that the Lord and the Lady give, helps you to make your path of life enlightened.

Divine gifts are the best gift option these days. Bring and gift well being and good luck to your loved ones. 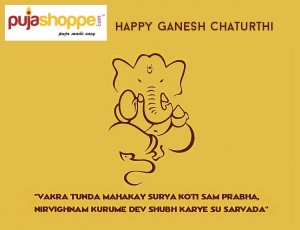 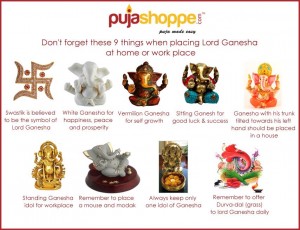 As stated by traditional Hindu calendar, Vishwakarma Puja occurs on the last day of the month Bhadra/Bhadrapaba. The day is also recognized as Bhadra Sankranti. According to Hindu myths, it is believed that Lord Vishwakarma is the divine architect of the universe. The proprietors & business persons would grow and prosper by organizing this puja. Most of the industries, factories, and workstations celebrate this auspicious day. This year Vishwakarma puja will take place on 17th September, 2015.

END_OF_DOCUMENT_TOKEN_TO_BE_REPLACED

Diwali is a religious time of the year when you can express love to your friends. Here are some divine gift ideas for this Diwali.

END_OF_DOCUMENT_TOKEN_TO_BE_REPLACED

Janmashtami or Krishnastami is considered as the birthday of Lord Krishna. According to Hindu mythology, it is believed that Lord Krishna is the eighth incarnation (avatar) of Lord Vishnu, have been born on this auspicious day. As per the myth, Lord Krishna appeared in this world on the 8th day of Krishna Pakshya in the month of Shravana around midnight to terminate the devil King Kansha. This year, according to Gregorian calendar Krishnashtami or Janmashtami will take place on September 5, 2015.